The Rumreich Hatchery on Morgan Creek is just one of his many accomplishments.  Through Tom’s tutelage, the Millicoma Interpretive Center and Noble Creek Hatchery were also constructed.  He, in cooperation with the Eel-Tenmile STEP group, constructed a capture/release facility on Eel Lake.  Over many years, sometimes by trial and error, this biologist has successfully completed several other ongoing projects.

Some examples in the educational area include a capture and release site at Coquille High School, an acclimation pond next to Blossom Gulch Elementary School, and one on Pony Slough next to North Bend High School.  There are many other ongoing projects using private as well as public lands and facilities.  Though some have been discontinued, all begun as dreams of Biologist Tom Rumreich.

A closer look at such success is at the Millicoma Interpretive Center and Pond, a “hands-

Have Fun & Get Involved!​

In 1981, Bill Bradbury from Bandon was elected to the Oregon House of Representatives.  During his freshman year he successfully led the passage of legislation to establish the Salmon Trout Enhancement Program (STEP).  This legislation established ten STEP districts in the state of Oregon, among them, our Tenmile, Coos, and Coquille District.  This ground breaking legislation recognized volunteers could play an important role in restoration of stocks of salmon and trout, and since that time thousands of local STEP volunteers have assisted Oregon’s fisheries throughout the state.

The same year STEP was legislated and the Tenmile, Coos and Coquille District established, a young, forward-thinking biologist fresh out of Oregon State University was hired by the Department of Fish & Wildlife to administer this program.  Tom Rumreich, with his vision and energy, immediately began working on the goals of STEP:

As the fisheries enhancement programs got off the ground during the late 1980s and different entities emerged, the tracking, maintaining, and handling of funding became difficult.  It became apparent that the various local programs needed unified guidance, and a way to centralize monies for collection and distribution as a non-profit organization.  In 1991 a small group of supportive community leaders and representatives from the various STEP groups established the Coos County STEP Commission.  This commission is now composed of fifteen trustees who manage monies, submit grants, and facilitate the distributions to the Southwestern Oregon STEP District programs.

on” fish hatchery, but one where part of the year students can actually go trout fishing!  Primary use of this location is as an educational facility to teach the salmon life cycle, and the maintenance of stream habitat.  The site also serves as an acclamation site for the hatchery fish on the West Fork Millicoma River, and as a native steelhead brood stock development site which visitors are welcome to visit.  Contact the caretaker for a scheduled visit. 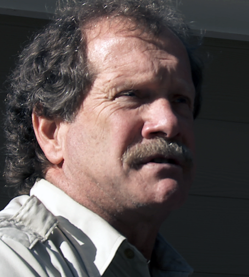 while involving students in all aspects of this effort, and to impart resource awareness and stewardship so community members

and Oregonians become the economic and educational beneficiaries for generations to come.