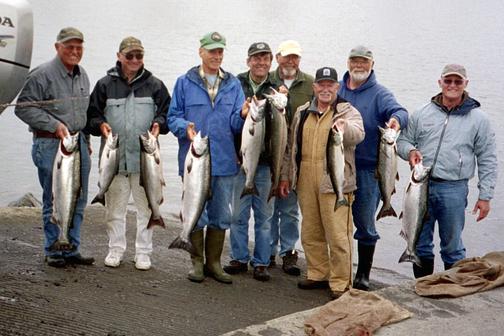 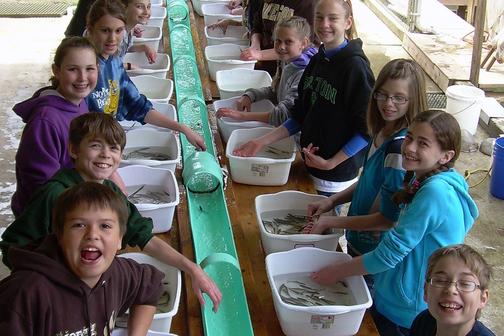 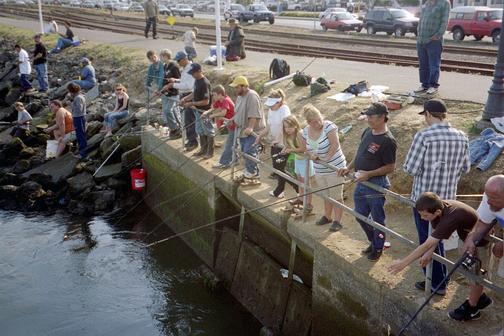 Fisheries
In 1982 an estimated 200 Chinook salmon were harvested in the Coos Bay estuary, and many kept were already changing into their spawning colors. In 2011 ODFW estimated that nearly 11,000 Chinook were harvested, and 81% credited to the STEP hatchery programs. Today over two million fin-clipped pre-smolts are released from local hatcheries in May and June, spend several months in the lower estuary, then head for ocean feeding grounds.  August through October these fish begin returning to their release sites by the hundreds as jacks and adults.  In 2004 the return to the Morgan Creek Hatchery was 2,411 males, 2,157 females and 5,254 jacks for a total of 9,822 Chinook salmon.  In 2014 an estimated 17,109 Chinook returned to this location.  Numbers of fish returning from year to year are directly related to ocean conditions and predation while going through migration.

Education
Over the years thousands of classroom students from fifth grade, high schools, and several college students have participated in the hatchery program to help with fin clipping, spawning and many other projects relating to the hatchery.  All volunteers are the cornerstone of our restoration program, providing the help needed to meet the demands of the hatchery.  Annually an estimated 5000 students are involved in the Coos County STEP program.  Many participate at these facilities multiple times throughout their school-age years.  Morgan Creek Hatchery is a community project valued by both teachers and students.  Students provide valuable assistance, especially with the required fin-clipping of every fingerling, thus imparting resource ownership to each and every student, which may have profound ecological significance to their future and their community as well.  Young people are the future stewards of our fishery resources, and some who have participated in this educational program have gone on to colleges to study fisheries biology and other natural resource-related studies because of their early hatchery experiences. profound ecological significance

Economy
For nearly 35 years, hundreds of dedicated volunteers have been working for our communities by enhancing fisheries through the Salmon Trout Enhancement Program (STEP).  These volunteers have been instrumental in rebuilding fish populations from historical lows, to levels that now provide an outstanding fishery throughout the total system.  Success is evidenced by the number of boats trolling on the Coos River and Bay from mid-August to late October.  Fishing folks from all over the Pacific Northwest come to the area to take part in this fishery.  Boat dealers, tackle shops, motel owners, restaurants and many other local businesses benefit by supporting these visitors.  Our hatchery has thus made a positive local economic impact valued in the millions of dollars annually.  The positive economic impact extends to include a greater number of hatchery Chinook caught by sportsmen and the commercial fleet out in the ocean.