In 1984 Tom Rumreich and a volunteer group approached Eric Prior, property owner along a section of Morgan Creek.  He allowed this group to erect a raceway on his property right next to Priorli Creek, just north of his barn, and construct a spawning shed on the side of the barn.  A twenty-five year property lease was signed by Mr. Prior and the volunteer group. Both the barn and shed structures can still be seen today.

It soon became clear that this facility could not meet the vision, needs and goals of the Biologist Rumreich and this STEP/Steelheader group, so a proposal to relocate the raceway nearer the confluence of Priorli Creek and Morgan Creek was made.

In 1986 a much larger 100 foot raceway and building were constructed with donations, and community labor led by Southwest Chapter of Northwest Steelheaders.   Now on private property, that old facility can also still be seen just to the north side of the pond.  Even at this second location the water supply was not adequate to meet the needs that STEP Coordinator Tom Rumreich wanted for the facility and program.

With the lease soon to expire, the Steelheaders began to look for yet another site. The adjacent property to the south looked like a great solution, and Morgan Creek could then become the water supply for the newest hatchery.  The Steelheaders approached the owner who had since purchased the property from Eric Prior, including forty acres, a pond, barn, a large home and a forested hillside. Most importantly, the property bordered Morgan Creek.

In 2005 the agreed price of $300,000 was reached for the purchase of the entire forty acres including all structures, so with a temporary loan from Dr. Jeff Bert to cover costs, serious fund-raising began.  Similar support and confidence in this program and project was expressed by many members of the local timber industries.  Led by Bill Lansing of Menasha, Roseburg Forest Products, and Weyerhaeuser companies donated half the amount needed, and many other local industries and individuals made up the difference until the loan was paid off just six months later.

In 2006 the mortgage burning took place in June.   That same summer a rush began to excavate and pour another larger concrete raceway that had to be ready to receive the fall return of Chinook salmon to Priorli Creek.  That fall and winter, with lumber donations from Southport Forest Products, the Vocational Construction class from Marshfield High School framed in the educational building which includes a classroom, kitchen, restroom facilities, and a laundry & shower room, all ADA accessible.  Many finishing touches were added by local volunteers and volunteer contractors.

In 2008 The Coquille Tribe awarded the hatchery a grant of $46,300 to construct the spawning building that houses the present boot room, feed-room and a large tool, and wader storage area. 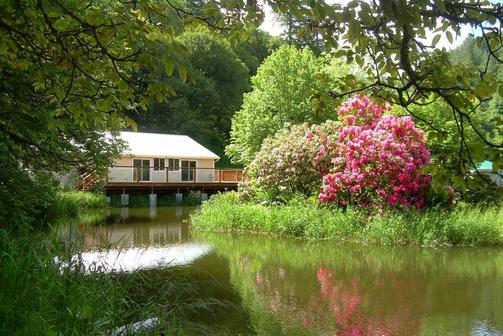 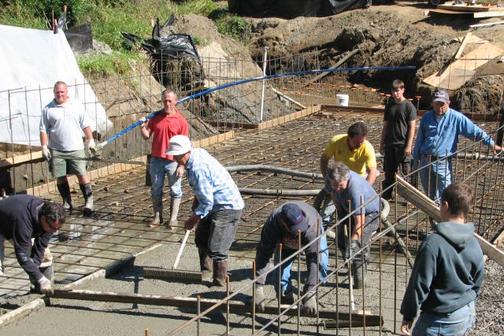